Win a limited edition proof of A Song for Issy Bradley I'm giving away a limited edition, proof copy of A Song For Issy Bradley. I'm including a Books Are My Bag tote bag and I'll sign and dedicate the book.

To be in with a chance of winning you just need to follow this link and 'like' my author page. I'll post the book and the bag anywhere in the world.

The winner will be drawn out of a hat on Saturday 7th December. 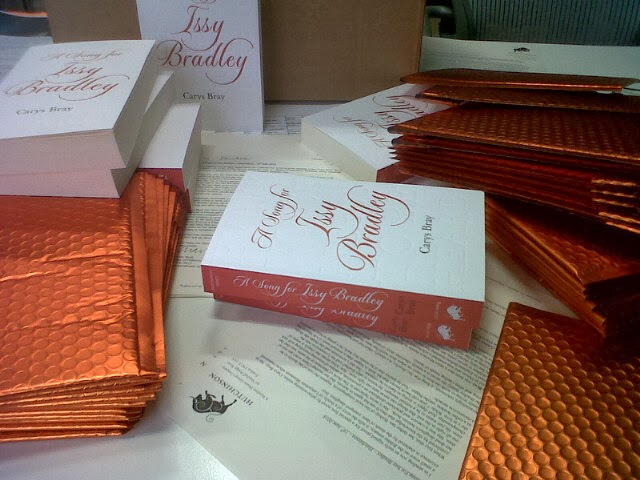 The proofs are on their way out of the Hutchinson office today in some sparkly and rather festive envelopes. I'm afraid the winner of my copy will have to make do with an ordinary envelope!
Posted by Carys at 14:44 No comments:

On Monday I went to London to do some book things. I was slightly nervous and somehow got to Liverpool Lime Street an hour early (perhaps the fact that I've yet to move my car clock back may have had something to do with it). While I was on the train, Windmill Books published a blog introducing me and A Song for Issy Bradley. 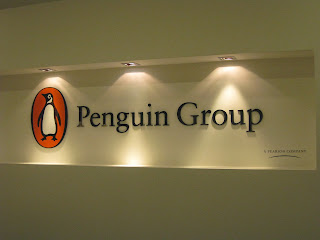 When I got to London I made my way to the Penguin office for some filming in the media suite with the marketing team. I'm afraid I wasn't very cool and asked if I could take a photograph of the Penguin sign. The receptionist said, 'no' but she was joking (I hope). I'd been given a list of questions so I could prepare, but sitting under the hot lights, in front of the green screen it was suddenly difficult to remember what I'd been planning to say. I think it went okay, but if I was too boring they can always add dinosaurs or zombies or a car chase, later!

Afterwards I went to Random House for 'drinks around the photocopier.' I thought there might be about six people around the metaphorical photocopier, ten at a push - I'm not sure how many of us there were, but it would have taken a massive photocopier to accommodate us. It was lovely, if somewhat overwhelming, to meet so many enthusiastic people! 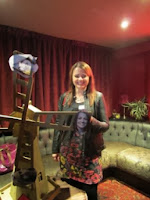 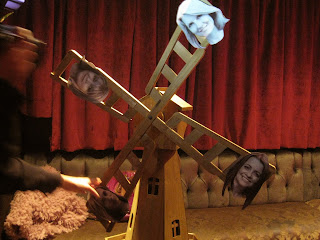 Soon it was time to leave for the Hutchinson/Windmill Books party at The Arts Theatre Club. On arrival I was introduced to the Windmill of Fortune, with Helen Dunmore, Lindy Woodhead, Adele Waldman and me on its arms. The windmill was spun to decide who would read first (*cough* it was actually a fix). Nick Harkaway read too - he was added once there was a free arm! Adele and Nick gave wonderfully funny readings and I nabbed copies of their novels - The Love Affairs of Nathaniel P. and Angelmaker. I've already read Helen's excellent novel The Lie and Lindy's book Midnight Mother, the story of Kate Meyrick will be published in 2014. 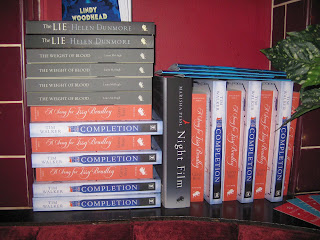 There were piles of books everywhere and so I helped myself (it's okay, it was allowed). There were also rather a lot of journalists, bloggers and book people, and some very nice canapés. 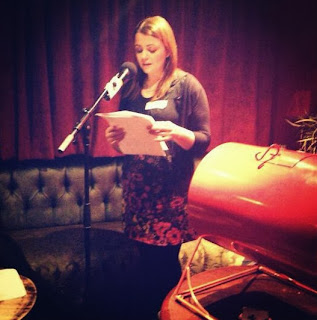 Here I am, next to the fabulous tombola, reading a couple of scenes from A Song for Issy Bradley. I'm reading from a print-out, something I won't need to do again because I now have a real book to read from (*hooray*).

When the event finished I went out for supper with my editor which was lovely because although we've talked a lot on the phone and via email, it was only the second time we'd met in person. 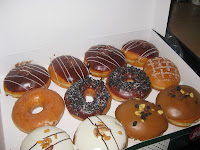 No trip to London would be complete without the obligatory box of doughnuts for the children. And of course, as the children hadn't actually given me a list, I didn't quite get the selection right. Still, they were glad to see me (and the doughnuts) and, after a gorgeous train ride through autumn-tinted countryside, it was good to be home. A copy of Sweet Home and some sweet treats will be on the way to one of the 'likers' of my new author Facebook page on Wednesday 20th November.

If you fancy the book and the treats, just 'like' the page. The draw will take place on Tuesday evening. I'm happy to post the parcel anywhere in the world.
Posted by Carys at 17:02 No comments:

Last week I went to Southport beach/marsh with Cornerstone Director of Publicity Charlotte Bush and photographer Colin McPherson for new author photos. It was a sunny day but it's always a very windy spot - I spent a lot of time trying to stop my hair making Medusa shapes in the wind!

Colin was great, at one point he lay down in a big puddle on the Sand-winning Track to get a better shot, and Charlotte did an excellent job of organising and accessorising me (that might just be the first time I've ever used the word accessorise). 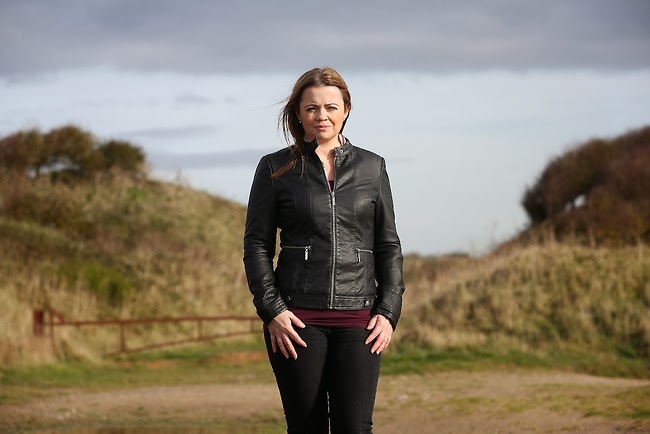 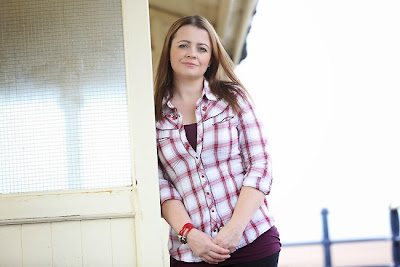 Here's one of the pictures that was taken on Southport Pier. An elderly husband and wife from South Wales were sitting about a foot away and they chatted to Colin and Charlotte about Blackpool and the joys of coach trips while I leaned against the shelter, trying not to join in the laugher. Later, we went to Broadhursts bookshop where it was warm (the open fire was burning) for some more photographs. One of them features on the back of the proof (see below). 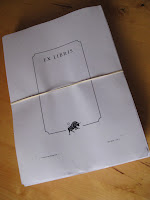 A couple of days ago a DHL driver handed me a padded envelope containing an A4 doorstep of A Song for Issy Bradley - another little thing to make it all seem more real. And then yesterday I received an email containing some photographs of the actual proofs which had just arrived at the Hutchinson office. 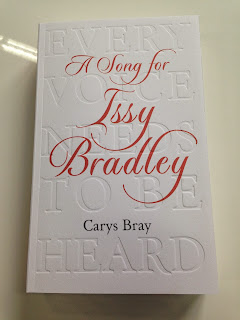 Aren't they gorgeous? I really want to touch the inlaid letters, and I won't have to wait too long because I'll be in London on Monday to do some filming and read at a Hutchinson and Windmill Books event. 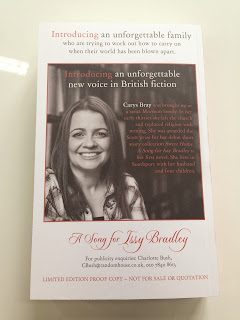 It's been a year since Sweet Home was published and to celebrate, I'm giving away a copy of the book and some sweet goodies to one of the people who has liked my new Facebook author page.

You can read some excerpts from reviews if you click on the Sweet Home tab at the top of the blog and you can watch the book trailer below: