I trudged through my twenties on auto-pilot. In my mid thirties I suddenly woke up and remembered there were things I'd always wanted to do. I decided to go back to university. I was a 'mature' student. I was tired and pessimistic. I'd had a difficult few years and I was scared that I'd left it too late. I had four small children and it was hard work trying to juggle everything, but it was also wonderful and exciting and inspiring. 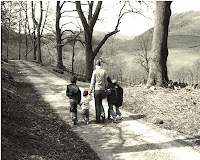 During the final year of my degree I asked Rob Mimpriss to recommend some short story collections. He recommended several, including Carol Shields' Dressing Up For the Carnival. I liked her writing so much that I went away and bought the rest of her short stories, along with Mary Swann, The Stone Diaries and Unless. The Stone Diaries in particular was a revelation to me; I enjoyed the first chapter so much, I read it twice before moving on to chapter 2 - the only time I've ever done that. 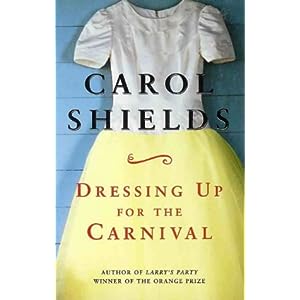 I decided I would write to Carol Shields to tell her how much I loved her work. I looked her up online and made the sad discovery that she had been dead for five years. Instead of writing to Carol Shields, I ordered all of her books and I read about her life. Shields had five children. When she first started writing she could only spare an hour a day. Reading this made me realise I could also find time to write. And, after a while, I began to think that maybe, if I worked hard enough, and if I was lucky enough, I might be a writer too.

I finished my BA and I started an MA. In the coffee break during my first MA seminar I felt so nervous/terrified/inadequate that I retreated to the toilets and almost talked myself out of doing the course. But I finished the MA and kept writing. A year later I sent off a manuscript containing my MA stories and several new stories. I held my breath and crossed my fingers. I alternately hoped and convinced myself that it would never happen. But it did, and I couldn't believe it. It didn't seem real. Until today. 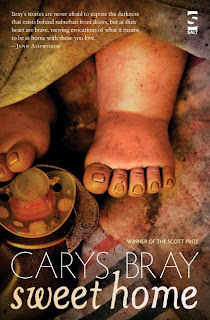 Judging my book by its cover

It's very exciting to look at cover options for my short story collection. It makes the whole publication process seem real somehow.

The lovely people at Salt Publishing have produced the gorgeous options pictured. I love the doll's foot image. I think it's striking and disquieting. I just can't quite make up my mind which colours I like best. Hmm...
Posted by Carys at 22:32 No comments: 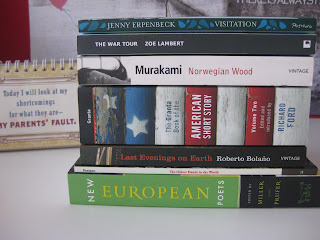 I wish the weather would improve so that I could banish the kids to the garden and do the whole, 'Get some fresh air,' routine that I remember my  parents doing during the school holidays. I had visions of reading in the garden, but every time I go out there I seem to be rescuing washing from thunder storms. I've got three piles of books to read.The pile on the right is teaching preparation. 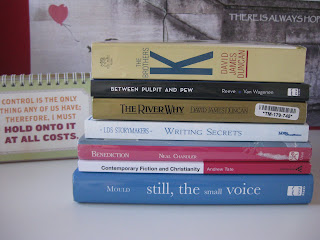 This pile is a research/PhD pile. I'm particularly enjoying Still, the Small Voice which analyses Mormon narratives involving encounters with the supernatural. I grew up listening to these kinds of narratives so I'm finding Tom Mould's ethnographic interpretation of Mormon culture and belief absolutely fascinating. 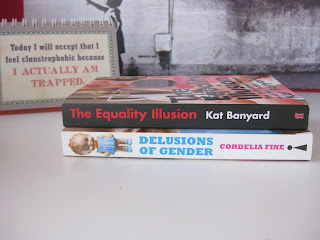 Here's my holiday dose of 'feminist commonsense' (Guardian on The Equality Illusion) and 'a vitriolic attack on sexism masquerading as psychology' (Evening Standard on Delusions of Gender).

Once I've finished these books, I'm going to read Alison Moore's The Lighthouse which has been longlisted for the Man Booker Prize.

The Lighthouse has been reviewed in the Telegraph and here is a free extract from the book. Many congratulations to Alison, and to Chris and Jen at Salt Publishing.
Posted by Carys at 14:48 No comments: