The pink stinks campaign has got me thinking.

I’ve muddled my way through my three boys' early years without much thought of any damage I might be inflicting, not much consideration of role models or gender stereotyping. One of them adores football, another science fiction and the third is happy to refer to himself as a geek: he declares it with some pride. There appears to be room under the umbrella of masculinity for all three of them and their disparate interests and activities.

But it seems to be different for girls. They are bombarded with frivolity and insubstantial role models in the form of fairies, princesses, queens, angels and the unfortunately proportioned Barbie. 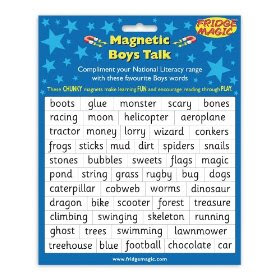 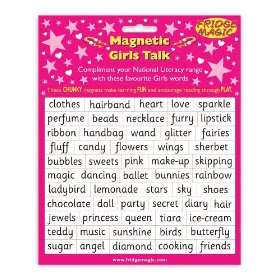 Look at the verbs. The boys get climbing, swinging, running, racing and swimming. The girls, cooking, dancing and skipping. The boys have their imaginations stimulated by monsters, dragons, wizards, dinosaurs, treasure and ghosts. The girls get fairies, magic, princess and angels. While the boys’ list includes the nouns helicopter, aeroplane, tractor, scooter, lawnmower and football, the girls are subjected to clothes, lipstick, glitter, handbags, bunnies and FLUFF. This focus on appearance, on the exterior, sits uncomfortably alongside the fact that almost 50% of girls aged 5-8 want to be slimmer (British Journal of Developmental Psychology, 2005 study). 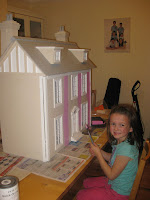 I have a daughter. Recently, we painted her doll’s house bright pink and I know for a fact that Father Christmas has bought equally pink furniture to ensure a complete refurbishment on December 25th, but that’s not really the issue, not for me at least (although I did suggest that she might prefer to paint it red). I worry about raising her in an environment where her gender is used as an insult: ‘don’t be such a girl’ ‘you big girl’s blouse’ ‘you old woman’ etc. I feel obliged to provide some sort of foil to the version of femininity that is paraded in front of her every time she watches television or sets foot in a supermarket. Her brother Jo used to play tennis, if he played badly his coach would humiliate him by shouting ‘Josephine’ across the court, illustrating to all the children present that failure is feminine; to be compared to a girl is the ultimate humiliation.

I don’t know what the answer is, other than to provide a counter to the bubbles and fluff: worms, skeletons, snails, sticks, dirt, conkers and frogs – watch out Alice, they’re coming your way.
Posted by Carys at 23:41